No Services at Either Location on Sunday Dec 25th Christmas Day.

Special Combined Service in Dillsburg on Sunday January 1st New Years Day at The Warehouse!  No Service at The Fire Hall, both locations in Dillsburg! 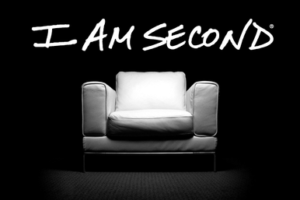 View video on YouTube ‘Ashley Rawls I am Second.’

Has anyone ever seen anyone climb into Heaven and take charge? Grab the winds and control them? Gather the rains in his bucket? Stake out the ends of the earth? Just tell me his name, tell me the names of his sons. Come on now – tell me! MSG Proverbs 30:4

Imagine the God of the universe asking you that?  “Has anyone ever seen anyone climb into heaven and take charge?”  How could we ever believe we can be in control?

Having a secret is like having a dark dank basement where mold grows. Nobody knows it’s there and over time it only gets worse and worse. We ignore it because it feels like it would be too overwhelming to deal with it. All along, we mow the front lawn and it looks perfect to the neighbors. We clean the house and it looks perfect to all visitors. And the mold keeps growing. The longer it goes, the more tired we will feel because we know, something is wrong.

Secrets, over time, will destroy you. They will harm your relationship with God and others.

Some secrets are good secrets. What is the formula for Coke? Nobody knows. How do they make KFC chicken? We would all love to know that. How in the world did they build the Pyramids? Those are good secrets. Today we are talking about secrets that we keep in our hearts and will ultimately destroy us.

The study of 1,000 people discovered, on average, each person currently is keeping at least 13 secrets. According to the study, at least 5 of them were secrets they had never told to anybody. The most common secrets are: 60% a lie or financial impropriety. 47% a violation of trust. 33% a theft, a hidden relationship, or discontent at work. Source: Journal of Personality and Social Psychology in May of 2017.

Real quickly, I want to ask you; “What secrets do you have?” “Would you be devastated if people knew your secret?” “Is that secret manageable or is it ruining your life yet?” “What stops you from bringing your secret into the open?” “Can you imagine the freedom and energy you would have if your secret was dealt with?”

Why do we keep secrets?

First, we keep secrets because we have been wounded. Someone or something wounded our hearts. We feel hurt, deeply hurt.

An example of this is Ashley Rawls, the video you just watched.

Please hear me, if you have been wounded, it’s not your fault. You don’t need forgiveness, you need healing. Jesus told us, part of why He came was to heal us.

The Sovereign LORD has filled me with his Spirit. He has chosen me and sent me to bring good news to the poor, to heal the broken-hearted. GNT Isaiah 61:1

Did you know that? Jesus came to not only forgive you or your sins, He came to also heal you. This is why praying to God to forgive you, while having wounded, will never work. You don’t need forgiveness because what happened to you wasn’t your fault. You need healing.

This secret you have, must come out. You have to talk to someone. You have to spend time with God and allow Him to heal your heart.

Second, we keep secrets to keep the peace. We are afraid that if others knew the truth about us, they would argue with us or reject us.

Keeping a secret about how we really feel, is easier because we avoid any and all confrontation. Every time you do that, you hide yourself and begin to harm your relationships with God and others.

For my part, I am going to boast about nothing but the Cross of our Master, Jesus Christ. Because of that Cross, I have been crucified in relation to the world, set free from the stifling atmosphere of pleasing others and fitting into the little patterns that they dictate. MSG Galatians 6:14-15

When we are people pleasers, it can feel like we avoided confrontation, but we have only pushed the problem down the road.

Guys, I have a question for you. When your wife says she wants to talk or she wants you to do something you don’t want to do, what do you say? Many husbands say, “Sure, we will do whatever you want.” Why? They aren’t honest. They are just doing the easy thing because they don’t want to deal with any confrontation. It doesn’t help the relationship, it only pushes the problem down the road.

That’s why many people don’t want to slow down to be with God. We are hiding from Him. Like Adam and Eve hiding from God, we hide from God because we are afraid. The truth is, God wants to tell you how much He loves you. Hiding from God only pushes the problem down the road.

Third, we keep secrets because we want others to think you have it together. Instead of being real and allowing others to see who we really are, we settle for being fake.

3 There was a time when I wouldn’t admit what a sinner I was. But my dishonesty made me miserable and filled my days with frustration. 4 All day and all night your hand was heavy on me. My strength evaporated like water on a sunny day 5 until I finally admitted all my sins to you and stopped trying to hide them. I said to myself, “I will confess them to the Lord.” And you forgave me! All my guilt is gone. TLB Psalms 32:3-5

Have you felt that before? You have a secret and you are terrified if others found out. You are scared to go to God. It literally steals all your energy and strength.

It’s like being in a swimming pool and trying to keep 10 bounce balls underwater. It’s exhausting. All that energy is spent trying to make others believe, everything is just fine. If we aren’t honest with ourselves, we end up exploding on people in our relationships or going off somewhere to have an emotional melt down.

Have you seen the videos of the child with chocolate all over their face? The parents asks, “Did you eat the chocolate?” The kid looks like a deer in headlights and slowly says, “No.” It’s so funny and enjoyable to watch when it’s a little 2-year-old. It’s not so funny when you are being fake in your 40s or 50s or 60s.

Lastly, we keep secrets because we don’t understand the spiritual freedom we could have.

Jesus talked to the people again, saying, “I am the light of the world. The person who follows me will never live in darkness but will have the light that gives life.” NCV John 8:12

Sometimes, the secret can feel so overwhelming, we think it is easier to live with the secret than admit it. Remember I told you that having a secret it like living in a house with a dark dank basement where mold grows? It seems easier to ignore it for another day – doesn’t?

The reality is, when you share the secret, when you are deal with the mold, yes, it feels messy. But when it’s done, there is freedom. There is energy. The weight that held you down is gone. It no longer controls you.

Please hear me. If you think, I am terrified about sharing my secret and I would rather keep it, you don’t fully understand the spiritual freedom you could have.

Let me read for you how you get rid of the mold in the basement, the secret.

Admit your faults to one another and pray for each other so that you may be healed. The earnest prayer of a righteous man has great power and wonderful results. TLB James 5:16

It didn’t say, for you to be healed keep your secrets. No. Admit your faults. Confess your sins. Be honest. Be transparent. That is when you are healed.

Real quickly, let’s talk about common sense here. It should be obvious that we talk about our secrets with trusted friends who don’t blab. If you have a friend who tells you about what other friends issues are, don’t trust them.

If you want freedom from your secret, you must put light on it. Drag it out of the basement and shine light on it. It will no longer own you or steal your energy from you.

Before I close, I want to pray this verse with you and ask you some closing questions.

Dear God, Search me, O God, and know my heart; test me and know my anxious thoughts. See if there is any offensive way in me, and lead me in the way everlasting. NIV Psalms 139:23-24

“What secrets do you have?”

“Would you be devastated if people knew your secret?”

“Is that secret manageable or is it ruining your life yet?”

“What stops you from bringing your secret into the open?”

“Can you imagine the freedom and energy you would have if your secret was dealt with?”