MRC Heidlersburg meets at 10am at The Heidlersburg Fire Hall, we will be meeting outside at the outdoor stage, starting Memorial Day Weekend!  Bring a lawn chair and worship with us outdoors!

Special Combined Service on Sunday, August 21st both Dillsburg and Heidlersburg will meet together at The Warehouse at 9am!!! 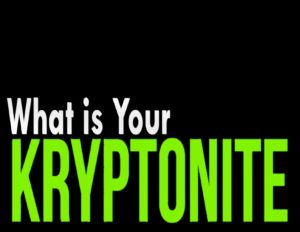 Last week, Sam gave one of the most important talks a Christian could hear. If you follow Christ, and if you heard what Sam said and applied it, it would have radical implications. What did he say? Because of Jesus, your enemy has no power over you.  He can’t fight you straight up.  He can’t grab you and hold you back from making your way to Christ. He can’t grab you and hold you back from an eternal life.  He can’t physically force you to be in hell. What does he do? He resorts to lies, schemes and tricks.  That means truth is a big deal. Reading the Bible is a big deal. Discipleship is a big deal.

Today’s talk is almost a part two from Sam’s talk. It’s another trick, a scheme, a lie from your enemy. Here is what happens. Your enemy waits until someone hurts you. Because when you are hurt, you will be much more vulnerable to believe lies. A hurt heart is the perfect condition for your enemy to twist your healthy heart and mind into something very unhealthy. You can believe lies about God. Lies about you. Lies about others. When you take hurt and lies and mix them together, it’s toxic. And it shows up in how we live life and treat others.

Think about it. When are you at your worst? When someone hurts you. All kinds of emotions come out. We feel lonely. We feel rejected. We feel angry. We can’t think clearly. We don’t know why God would allow us to be hurt. We think people are against us. Because of the hurt, we are tempted to build walls around our hearts so no one could ever hurt us again. Let’s ask, “If you have been hurt by others, is it easier to stay away from people or build relationships?”

After being hurt, we think something might be wrong with us. We are tempted to retreat from other people because we are the problem. Let’s ask, “If you have been hurt by others, do you believe that you don’t really have any good friends?” I know people who have lived in a community for over twenty years, attend church, go to work and say, “I don’t have any good friends.” How does that happen? It’s what hurt and lies mixed together do.

After being hurt, some people might respond with wanting justice. “They need to know!” “They need to know how much I am hurt and I want them to hurt just as much!” “I won’t forgive them until I get my pound of flesh from them.”

Please hear me, when you take hurt and lies and mix them together, it’s toxic. It messes with how we live life and treat others.

Get rid of all bitterness, rage, anger, harsh words, and slander, as well as all types of malicious behavior. Instead, be kind to each other, tenderhearted, forgiving one another, just as God through Christ has forgiven you. NLT Ephesians 4:31-32

We need to actively, aggressively get rid of hurt. If you don’t, your heart can go toxic. Your life can become a miserable mix of unhealthy lies and emotions. Living in unforgiveness can be your kryptonite. The thing that steals your spiritual strength. That’s why Jesus said,

That’s a great question. If you have been hurt and you have never pulled out that hurt, what have you done with it? Is holding onto that hurt helping you? Is holding onto that hurt ruining your ability to be in healthy relationships? When you hang onto hurt, do you love more? Do you live in freedom? Do you live with joy? Do you have more passion and energy? No, that’s not true is it? We have no ability to hold onto the sins of others. That’s Jesus’ job, not ours. Please hear me, hurt mixed with lies is toxic. It ruins us. It can be our kryptonite.

The only way to pull that hurt out is called forgiveness. Forgiveness is an act of love. It’s one of the markers of being a disciple of Christ is forgiveness.

Love… doesn’t keep score of the sins of others. MSG 1 Corinthians 13:5

Forgiveness is an act of love that heals your heart.

“If you forgive those who sin against you, your heavenly Father will forgive you. But if you refuse to forgive others, your Father will not forgive your sins.” NLT Mathew 6:14-15

Did you see that? If someone hurts you and you hold onto that hurt, it impacts your relationship with God.

Jesus told a story to explain this.

21 Then Peter came to him and asked, “Sir, how often should I forgive a brother who sins against me? Seven times?” 22 “No!” Jesus replied, “seventy times seven!

23 “The Kingdom of Heaven can be compared to a king who decided to bring his accounts up to date. 24 In the process, one of his debtors was brought in who owed him $10 million!   25 He couldn’t pay, so the king ordered him sold for the debt, also his wife and children and everything he had. 26 “But the man fell down before the king, his face in the dust, and said, ‘Oh, sir, be patient with me and I will pay it all.’ 27 “Then the king was filled with pity for him and released him and forgave his debt.

28 “But when the man left the king, he went to a man who owed him $2,000 and grabbed him by the throat and demanded instant payment. 29 “The man fell down before him and begged him to give him a little time. ‘Be patient and I will pay it,’ he pled. 30 “But his creditor wouldn’t wait. He had the man arrested and jailed until the debt would be paid in full.

31 “Then the man’s friends went to the king and told him what had happened. 32 And the king called before him the man he had forgiven and said, ‘You evil-hearted wretch! Here I forgave you all that tremendous debt, just because you asked me to – 33 shouldn’t you have mercy on others, just as I had mercy on you?’

34 “Then the angry king sent the man to the torture chamber until he had paid every last penny due. 35 So shall my heavenly Father do to you if you refuse to truly forgive your brothers.” TLB Matthew 18:21-34

Forgiveness involves three people. You, the person who hurt you and God.

If you don’t, you go toxic.

Okay, let’s get practical. Let’s share 7 things about forgiveness you must know and 3 misconceptions.

1.) Forgiveness is not forgetting.

2.) Forgiveness is a choice, a decision of the will, not a feeling.

3.) Forgiveness is agreeing to live with the consequences of another person’s sin.

4.) Forgiveness is agreeing to not hold someone’s sin against them anymore.

5.) Forgiveness doesn’t mean you tolerate sin or re-enter the relationship without changes.

7.) Forgiveness means you are not the judge, God is.

Misconception #2.) If I forgive, that means I must minimize the offense and pain that what was caused – WRONG. To forgive someone never minimizes or condones, what the person did. It simply means you are not allowing that hurt to ruin the rest of your life.

Misconception #3.) If I forgive, that means I resume the relationship without changes – WRONG. There is a difference between forgiving and restoring. To forgive means you are addressing the damage that was done to your heart. To restore a relationship takes time to build trust.

Are you hanging onto the hurt and sin of others? Is your heart a mix of hurt and lies? Have you gone toxic in your relationships? Who do you need to forgive? People close to you, God, yourself? Remember, God forgave you of your 10-million-dollar debt.

Let’s close with the words of Paul.

Get rid of all bitterness, rage, anger, harsh words, and slander, as well as all types of malicious behavior.

If you want God’s grace and love and mercy to pour through you and heal you, forgive.